The Higgins Hotel New Orleans is the first lodging destination in Louisiana to operate under Hilton’s upper-upscale Curio Collection brand. 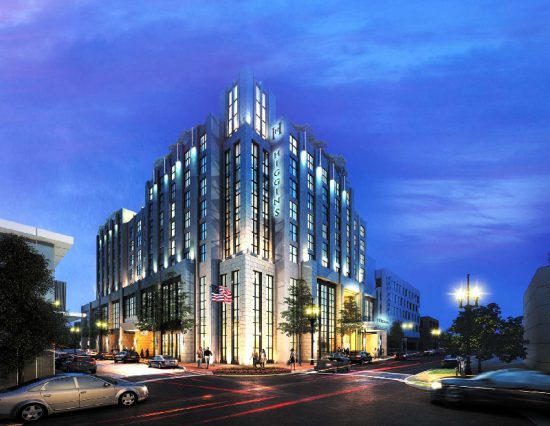 The National WWII Museum—which opened its doors in 2000 as the National D-Day Museum before being designated by Congress as the country’s official World War II museum in 2003—occupies six acres in downtown New Orleans. The eight-story Higgins carries the address of 1000 Magazine St. and joins a handful of other structures on the campus.

Hostmark Hospitality Group is handling management of The Higgins as well as the conference center. By completing the hotel, the National WWII Museum has made use of the last remaining undeveloped piece of land on its campus.