The fantastic National WWII Museum in New Orleans is ranked Third Best in the entire U.S., and is now the first non-profit museum with its own hotel. It was designed by architects NBWW. 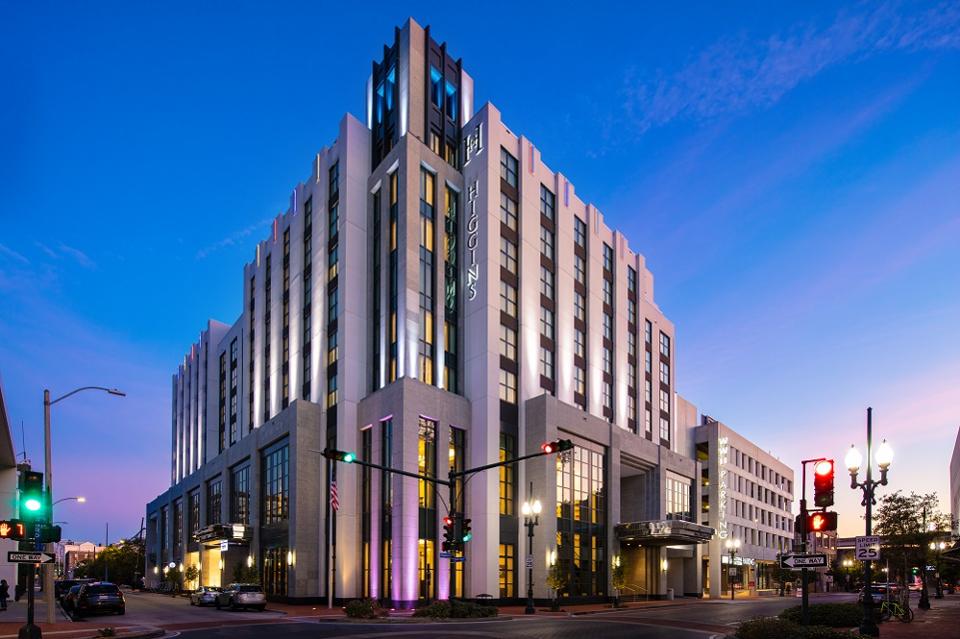 There’s no official definition of a “Museum Hotel,” which has led lots of properties to embrace the title – despite having no affiliation with an actual museum. The logic seems to be that if you put up a bunch of art you are a museum hotel, despite the fact that many great hotels have had extensive public art collections on display for decades without pretending to be museums. If you followed this recent marketing-speak train of thought to its logical conclusion, then every Hard Rock Hotel would be a museum hotel and every sports bar full of collectible memorabilia a museum restaurant.

But now this country has an actual museum hotel, and it’s a great example of what I expect will be a hot new trend. Consider that 20 years ago, dining at a museum was an act of hungry desperation, and no traveler who planned ahead would choose to visit the cafeterias and food courts commonly found inside. But today there are myriad destination eateries, celebrity chef outposts and even Michelin-starred dining in top museums all around the world. As travelers become increasingly fixated on enjoying experiences on vacation, I think hotels at museums are a logical next step, offering a unique and oversized amenity that competitors cannot match – not unlike lodging at theme parks.

The hotel was designed by Nichols Brosch Wurst Wolfe & Associates from South Florida.