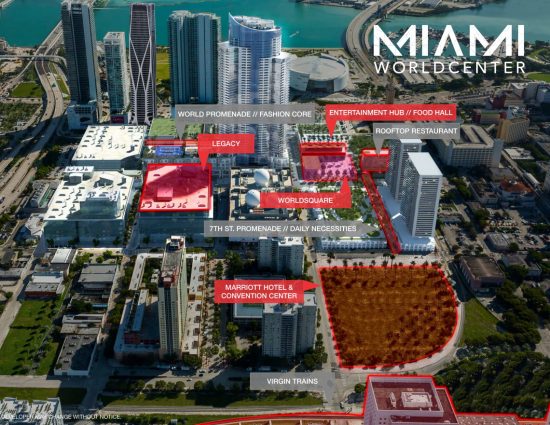 via The Next Miami

Miami Worldcenter has plans to build an entertainment hub, food hall and a rooftop restaurant in downtown Miami, according to newly released marketing material.

A Marriott Marquis Hotel & Convention Center with 1,800 luxury rooms and 600,000 square feet of convention space is also planned. It is designed by NBWW Architects. 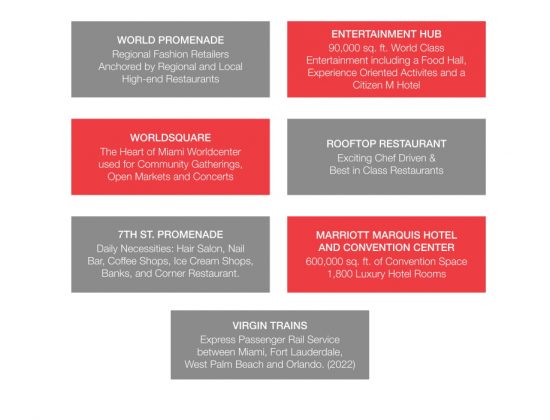 via The Next Miami