“The Last Dance” reminded us (not that we needed it) that basketball has been the driving force in Michael Jordan’s life, but golf doesn’t lag far behind. 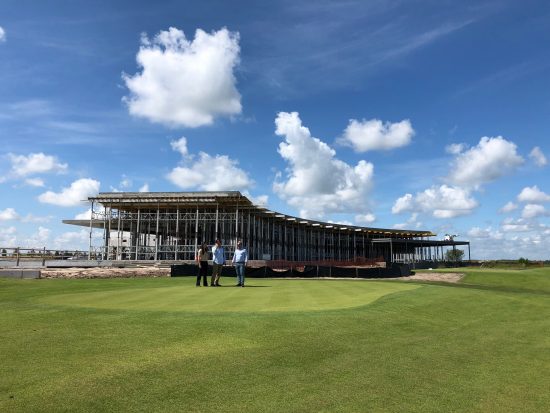 His Airness, who got hooked on golf as a student at North Carolina, welcomed rookie Scottie Pippen to the Chicago Bulls by giving him a set of golf clubs, the better to indulge another passion – gambling. “He was trying to lure me in so he could take all my money,” Pippen said.

That wily rascal, who owned up to his unreal level of competitiveness on the ESPN documentary, now can lure Pippen and others to his own golf club, The Grove XXIII. A ridiculously exclusive joint, the course in South Florida’s Hobe Sound area has lured Phil Mickelson, who is relocating from California. “It’s a really cool place,” Mickelson said Monday on “The Dan Patrick Show.”

As the principal owner, Jordan, who lives in South Florida, sought to limit membership at the club to fewer than 100, according to multiple reports. The Grove XXIII opened in the fall of 2019 and is a roughly 10-minute drive from Medalist, home to Tiger Woods and Rickie Fowler, among others.

The 18-hole course features a futuristic clubhouse inspired, according to NBWW the architectural firm that designed it, to pay discreet homage to Jordan’s iconic flying dunks (epitomized by the Air Jordan logo) and to his somewhat less iconic golf swing.

“We wanted the precision and flow of the golf swing as well as Michael’s athleticism and corporate finesse to inspire the contemporary form and detailing,” Don Wolfe of NBWW said on the firm’s website.

Read on >>>> Source: Michael Jordan is such a golf fanatic that he built his own ultra-exclusive club – Laredo Morning Times