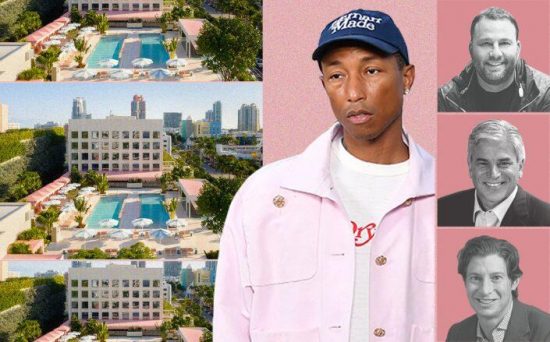 After roughly five years and $200 million, the Goodtime Hotel is almost open.

The 266-key hotel, at 601 Washington Avenue, features about 100,000 square feet of public spaces, Grutman’s 30,000-square-foot Strawberry Moon restaurant and pool club, 45,000 square feet of ground floor retail, a gym and library, according to a release.

The project marks the first hotel for Grutman, founder of Groot Hospitality. The developers paid $36 million for the entire Washington Avenue block in 2015, records show. The project was partially financed with a $45 million loan from Bank OZK in early 2018.

“This area of Washington Avenue was in deep need,” Fascitelli said. “It took a lot of money to bring it to this point.”