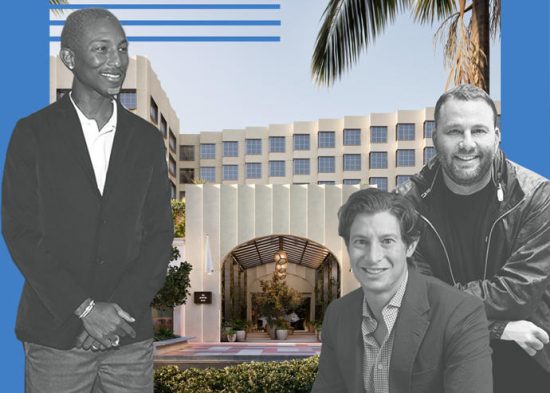 Pharrell, Eric Birnbaum and David Grutman with a rendering of the hotel (Getty, Linkedin, Goodtime Hotel)

Singer-songwriter and producer Pharrell Williams and hospitality mogul David Grutman are partnering with Birnbaum on the Goodtime Hotel, a 266-room hotel on Washington Avenue between Sixth and Seventh streets, which is set to open early next year.

Birnbaum’s Dreamscape Companies is the lead developer of the seven-story building, which was designed by architect Morris Adjmi, with NBWW as the Architect of Record. Raymond Jungles is handling the landscaping, and Ken Fulk is the designer. Birnbaum is also co-founder of New York-based Imperial Companies.

“It’s great real estate, and there’s no reason that it shouldn’t go back to what it once was,” Birnbaum said, referring to Washington Avenue.