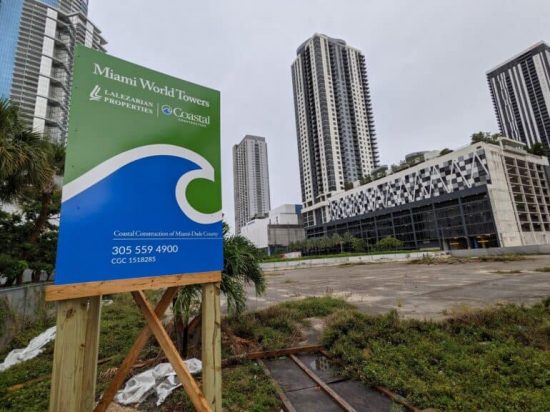 via The Next miami

Miami World Towers is getting closer to being awarded a construction permit, and contractors for the project placed a sign at the site this week.

The sign was placed by Coastal Construction, the general contractor for the project.

New York’s Lalezarian Properties is developing the project, and is also shown in the new installation.

A construction permit for the first tower was applied for in December 2020.

The first Miami World Tower is set to become the second tallest rental apartment building ever built in Miami at 579 feet above ground.

The 53-story residential tower will include 557 residential units, 1,787 square feet of retail, and 401 parking spaces.

As of December, the permit listed an estimated hard construction cost of $147 million. 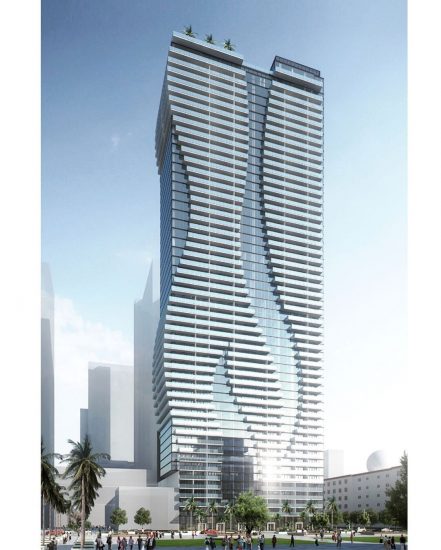