The Tampa Edition opened in preview today, with a global launch slated for October. 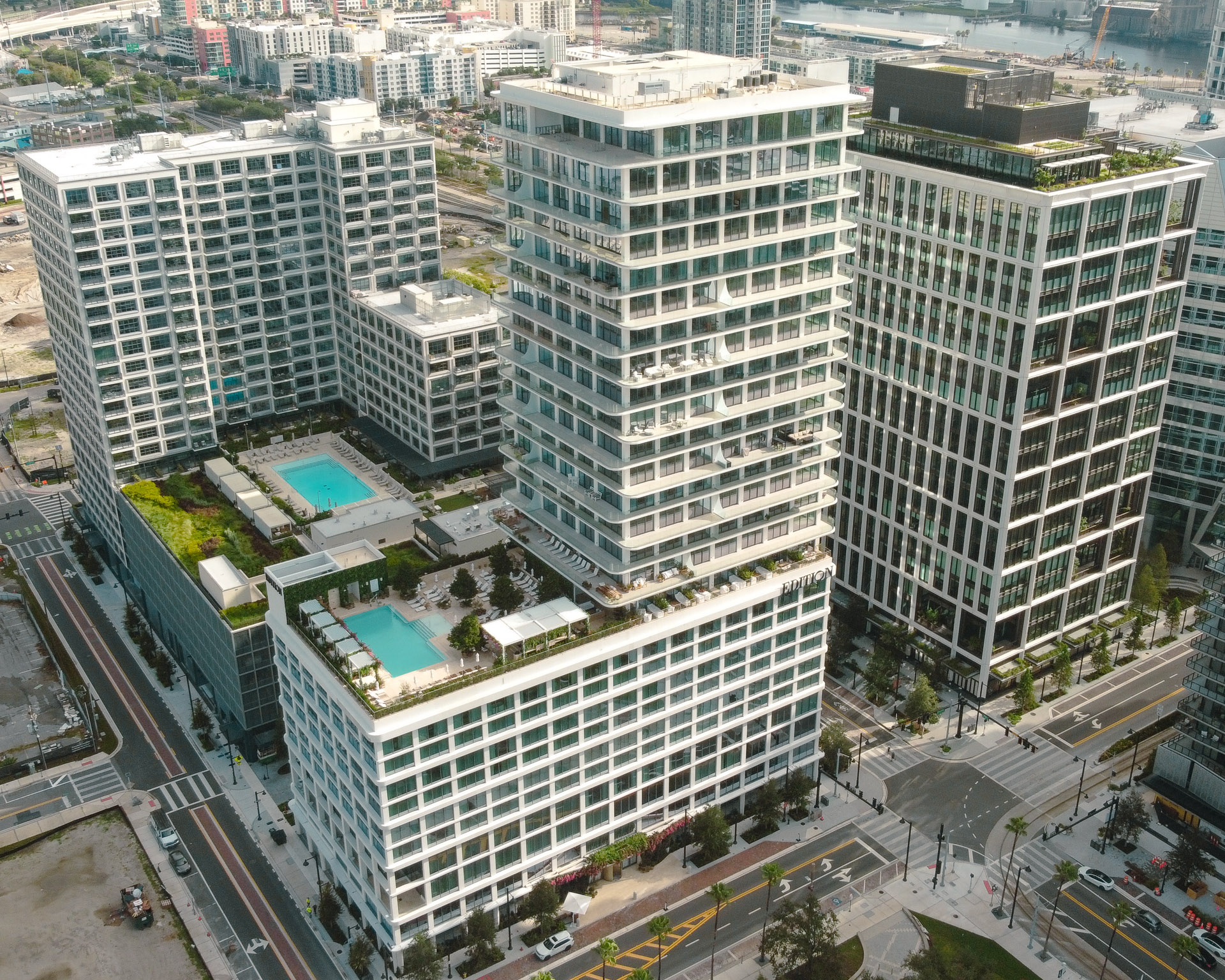 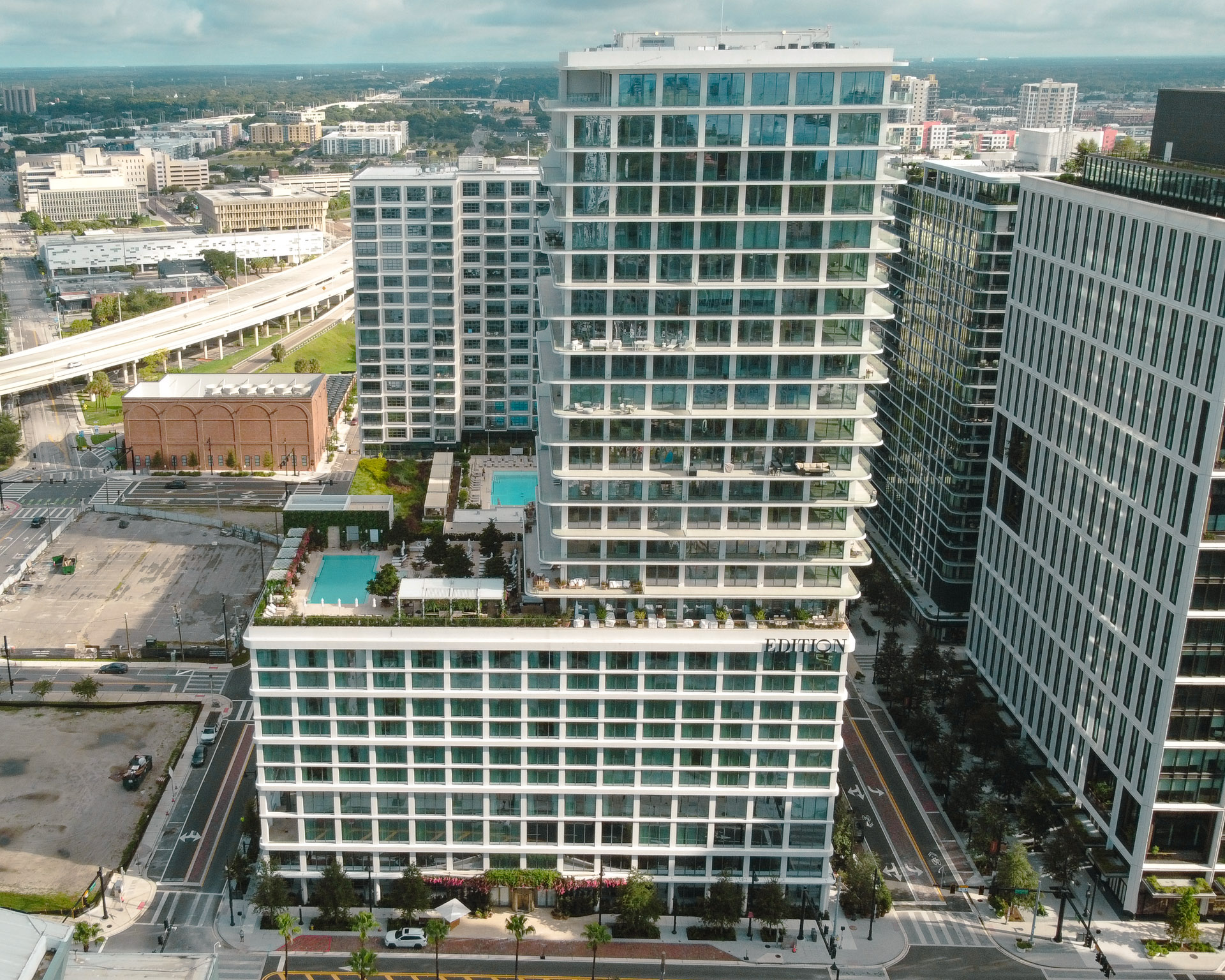 Words by: Will Speros for Hospitality Design

The Tampa EDITION has launched within the $3.5 billion Water Street Tampa mixed-use development. The new luxury hotel is the 15th international property from the Marriott brand, as well as Tampa’s first-ever 5-Star hotel.

Crafted akin to Scandinavian harbor cities like Stockholm, Water Street Tampa will double the city’s footprint as it continues to roll out new amenities to the public. This chic-yet-simple European aesthetic is complemented by the Tampa EDITION’s singular design, which was envisioned by an elite team including ISC Design Studio, Morris Adjmi Architects, Nichols Architects, Bonetti Kozerski Architects, Roman and Williams, and EDITION creative director Ian Schrager.

“We wanted to do something really sophisticated, really new and simple, and something that would have a really universal appeal to people of all ages and all walks of life,” Schrager says. “We also wanted to capture the spirit of Tampa as one of the most livable cities in the country and a new gateway in South Florida, as one of the fastest growing states in the country. So it was being true to ourselves, being true to Tampa, adding a sense of theater, and creating something really special and magical that could only be in Tampa.”