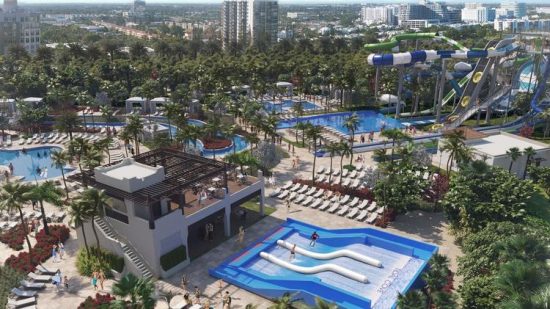 Surf House Bar & Grill will be a two-story, open-air restaurant with seating for 142 people. Its menu will include dishes such as lobster roll tacos, crab and avocado toast and steamed mussels. The second restaurant, Freestyle, will serve quick-service food such as pizza and gelato.

Tidal Cove is coming to the property as part of an overall expansion and renovation to the property scheduled for completion by February. The multimillion-dollar renovation includes the addition of 325 guest rooms, which will nearly double the number of rooms, upgrades to the main lobby, front drive and other facilities.

The 300-acre property announced a rebranding to coincide with its revamp last year and construction began in July 2017. NBWW (Nichols Brosch Wurst Wolfe) are the architects on the project.