Water Street Tampa is rising quickly on a previously moribund corner of Tampa’s urban core. We have a building-by-building breakdown of the construction progress — and what you can expect in the months ahead. 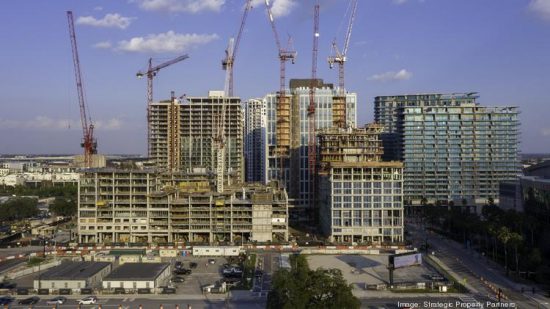 Water Street Tampa, shown here viewed from the western side of the district, is under construction on more than 5 million square feet of space.Strategic Property Partners

Water Street Tampa is more than two years and 5 million square feet into vertical construction — and the urban district is about to hit another major milestone.

Developer Strategic Property Partners says the removal of the existing railway crossing at Meridian Avenue is on track to begin in early November. That rail removal is tied to the relocation of the Ardent Mills flour mill to allow East Cumberland Avenue to connect to both Channelside Drive and Brorein Street — finally making for a direct east-west connection between the central business district and Water Street, the Channel district and Port Tampa Bay.

It’s a construction project several years in the works: SPP acquired the flour mill’s real estate in October 2018. Removing the flour mill will remove a longtime physical and mental barrier between the eastern and western ends of downtown Tampa.

JW Marriott: The 26-story, 519-room JW Marriott was the first building to begin vertical construction in Water Street in April 2018, when it broke ground on what was previously Amalie Arena’s Silver Lot. A new convention hotel has been part of Vinik’s vision for downtown Tampa since long before Water Street had a name or even a master plan in place; a hotel in that location cleared the city council approval process in 2014.

Before it ever broke ground, the JW Marriott was named the host hotel for Super Bowl LV, which will be played in Tampa on Feb. 7, 2021. 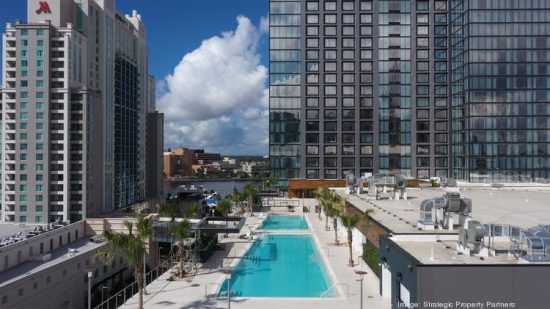 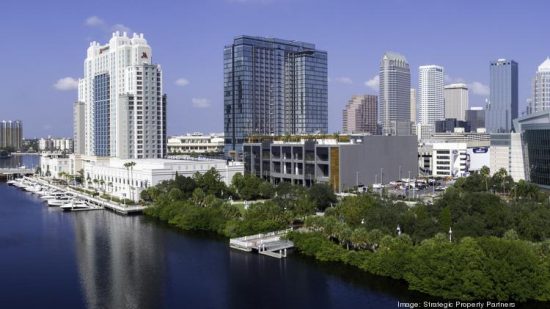 The Tampa EDITION: This hotel-condo, the first of its kind in Tampa, is slated to top out in January. It will include 172 boutique hotel rooms and 37 hotel-branded condos on floors 10 through 27. It’s on track to wrap up completion by the end of 2021. It broke ground in 2019 across the street from Amalie Arena, at the northwest corner of Channelside Drive and Water Street. 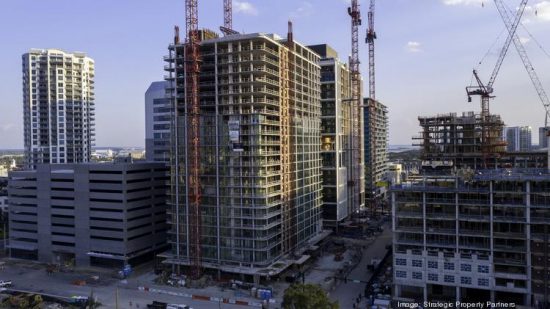