The property, which also includes luxury homes, is expected to be Tampa Bay’s first five-star hotel. 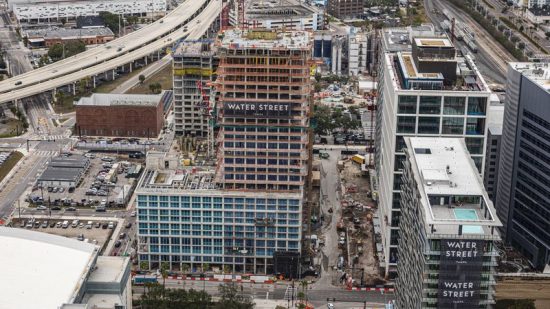 The Tampa Edition hotel and residences (center, with a ‘Water Street’ banner on the front side) have topped out at 26 stories and are expected to open in late 2021. [ Strategic Property Partners ]

The Tampa Edition, part of downtown’s $3.5 billion Water Street Tampa project, has officially topped out at 26 stories, according to developers Strategic Property Partners.

The 172-room hotel, which also has 37 private residences, is a partnership between Marriott International and renowned hotelier Ian Schrager, and is scheduled to open in late 2021. The hotel is designed by Morris Adjmi, and Architect of Record is Nichols Brosch Wurst Wolfe & Associates (NBWW).

“Not often have I had the opportunity to work on a project that will completely transform the very center and heartbeat of a great city like Tampa, and make it even greater,” Schrager said in a statement. He added that he believed the hotel would “make Tampa a 24-hour international gateway city.” 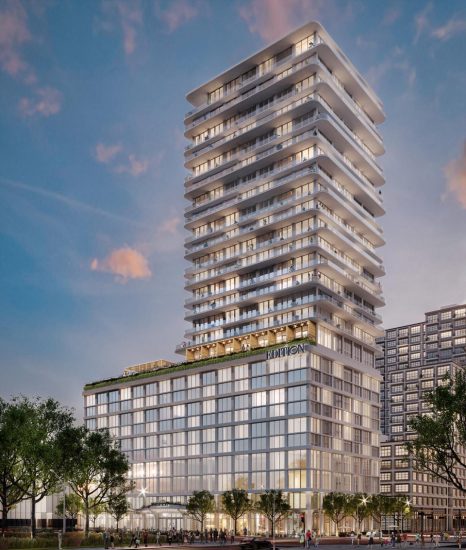 Developers have frequently touted the Edition’s potential five-star status as a signature part of Water Street Tampa, developed through a partnership between Lightning owner Jeff Vinik and an investment group owned by Bill Gates. Tampa Bay has a few four-star hotels, as well as a new one near the Edition that could receive that designation: The JW Marriott Tampa Water Street, also designed by NBWW, just a short walk away.