Miami Worldcenter has signed a utilities deal at Block E which will allow for a restaurant and office building to begin construction. NBWW is the architect for the project. 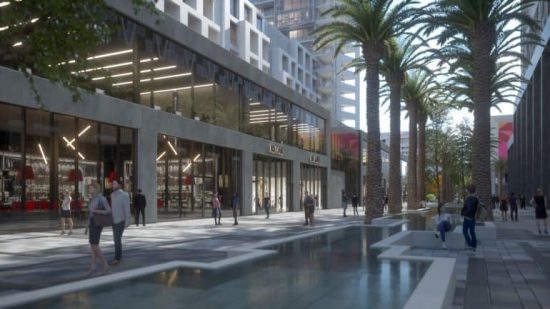 According to the newly filed utilities agreement, the new two-story building at Block E will include:

The 52-story Miami World Tower will be built right next to the new building, also designed by NBWW, and a construction permit has been applied for to begin work.

Another retail building known as the jewel box, an NBWW design, recently began construction at Worldcenter’s Block F East across the street. A separate large retail project is also nearing completion there. 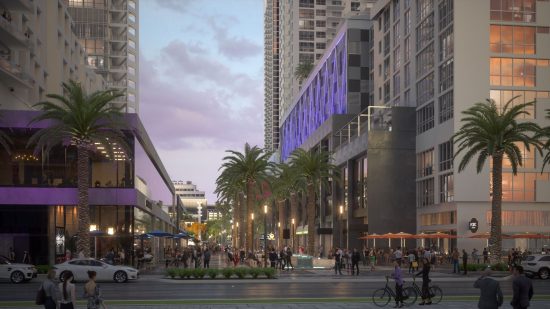 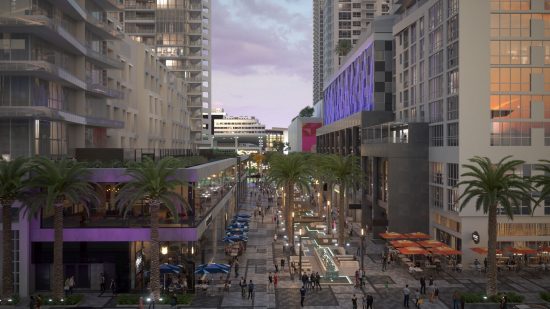 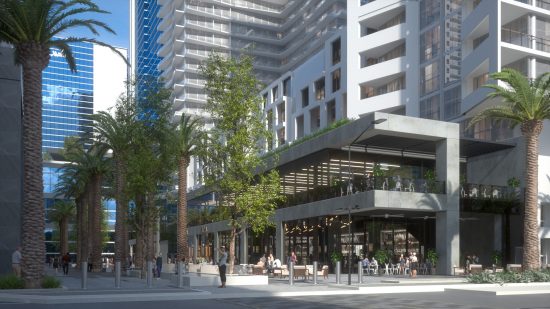