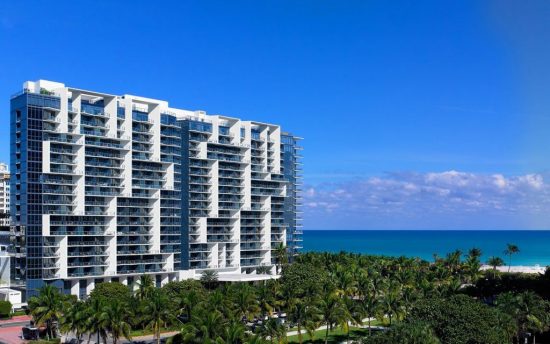 Located within the oceanfront Residences at W South Beach, designed by Miami firm NBWW, the 2,500-square-foot spread is actually three units that Hadid masterfully combined into one lavish home featuring stark-white interiors and a few Space Age flourishes, like a curving, chrome-clad portal separating the living and dining areas. Notably, the three-bedroom aerie is where the Pritzker-Prize winner stayed while designing the nearby One Thousand Museum tower, a luxurious skyscraper that remains her only completed building in Florida.

Following the British-Iraqi architect’s sudden death in 2016, the spread was purchased by Ray Bassiouni, CEO of ATI Systems, for $5.75 million. Bassiouni is parting with the dwelling after the completion of the W’s recent $30 million overhaul, which included a revamped spa and the addition of a building-wide UV light air-purifying system.